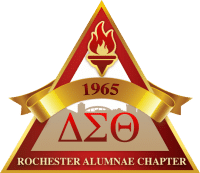 This scholarship is available to adults who are looking to improve their situation through educational
opportunities.

Born July 17, 1905, Soror Orman was adopted at an early age by Mansfield and Mamie Young of Lawrence, Kansas. She graduated from the University of Kansas with a bachelor’s degree in music in 1928. While at KU, she was initiated into the Psi Chapter of Delta Sigma Theta Sorority, Inc. in 1926.

After graduation, she began her elementary school teaching career in Coffeyville, Kansas. In the early 1950s, long after she had stopped teaching, Soror Orman was one of a handful of black residents who worked in Coffeyville school officials to bring about total integration of the junior high school. That led to the eventual integration of the city’s elementary schools.

Soror Orman was a charter member and the first president of the Coffeyville Alumnae Chapter of Delta Sigma Theta Sorority, Inc. (DST) in 1954. She would serve as president again years later. Under her leadership, the chapter addressed the issue of the Coffeyville Chamber of Commerce’s all-white membership by paying the membership registration fee for Roy T. Patterson, a black funeral director. In 1971, Mr. Patterson would become Coffeyville’s first black mayor.

After her husband, Perry, died, Soror Orman moved to Rochester in 1979 to be near her daughter and only child, Soror Dolores Orman. She continued her dedication to Christian service by becoming a member of Aenon Baptist Church, where she served in many capacities, including teaching and pianist for the Sunday School, director of the church’s Vacation Bible School, coordinator of Aenon’s participation in the Billy Graham Crusade in Rochester in 1988 and member of the church’s Christian Education Department.

Soror Orman also became an active member of the Rochester Alumnae Chapter of DST. She served on the Hostess Committee when the chapter hosted the sorority’s Easter Regional Conference in 1982.

For many years, she volunteered as a pianist and director of an interactive music program at the Montgomery Neighborhood Adult Day Care Program.

In 1991, at the age of 86, Soror Orman was awarded a Certificate of Outstanding Achievement in Volunteer Service by the Genesee Conference for Senior Citizens. The following year, the Urban League of Rochester awarded her the 1992 Community Service Award for Most Outstanding Senior Citizen. Soror Orman passed away on October 28, 2005. She was 100 years old.